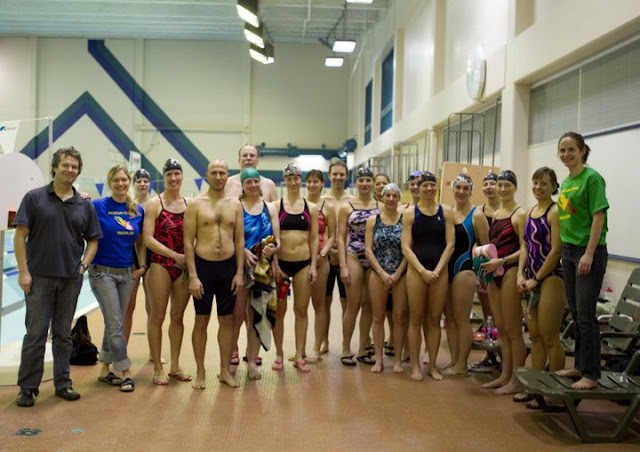 This weekend in racing...

It was a fun weekend for the Mercury Rising crew as 5 athletes raced at Ironman Coeur D'Alene in Idaho. Coaches Sara and Clint took the trip south to cheer and encourage and, umm, have a little holiday....

The big breakthrough of the day was Jeremy Hopwood's 9h34, good enough for 21st man and a Kona spot in his age group! Fantastic. Rachel "the terminator" Kiers put together a solid race for an 8th place finish in just over 10 hours. See race report here: http://rachelkiers.blogspot.com/. Julie Anderson held it together for a 12h19 finish, another solid Ironman under her belt. See her race report here: http://runningwithdoggies.blogspot.com/
Miranda Aldritt had some bad luck out there and decided to call it a day and focus on IM Lake Placid, see http://miranda-alldritt.blogspot.com/. And the heartbreaker of the day was 73-year-old Evan Fagan who missed the bike cut off by 2mins!! 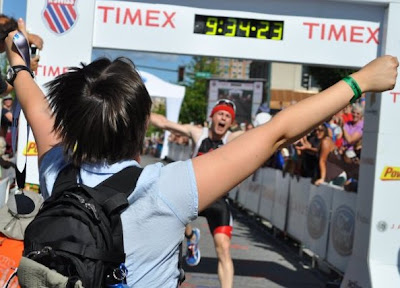 Jeremy Finishing in a blistering time, while wife Lesley looks on and cheers. 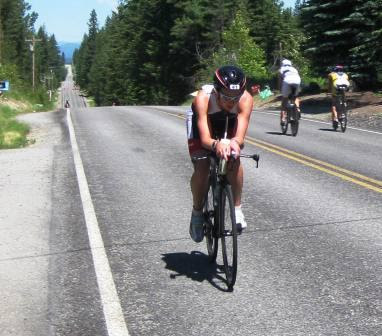 
Meanwhile in Texas, Michelle Milot was having the race of her life at Buffalo Springs 70.3. Despite the heat, she put together a solid 4h57, just a taste of things to come i suspect ;) 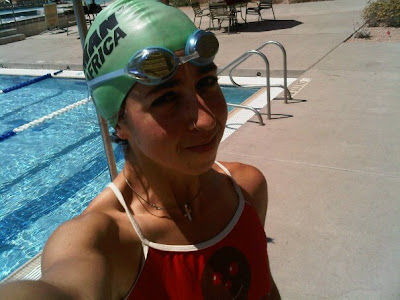 Michelle's calling card, the self shot. Here, she is poised for a pre-race swim.

And Carlos Vilchez, of the Ontario MRT branch, raced to a 5h06 half iron in Welland, taking on a friend and training partner in a sprint finish (which he won!). 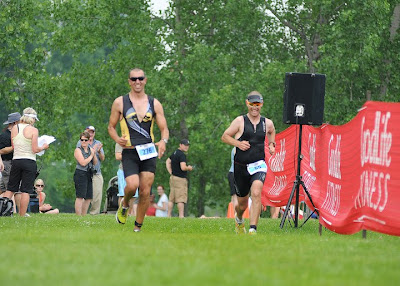 Great weekend everyone! Congratulations!
Posted by Mercury Rising Triathlon at 2:26 PM No comments:

Huge congrats to Tisha Wintringham for landing herself on the podium at this weekend's Spin Off Spadina Olympic Triathlon. Despite a lingering leg injury, she powered her way to a pb, taking 13 minutes off her last year's time. John Mykytchuk ran and impressive 2h44, not bad for a guy turning 60 this year! And Jenna Berthelot had a solid swim and a PB on the bike by 7mins before retiring early due to injury. 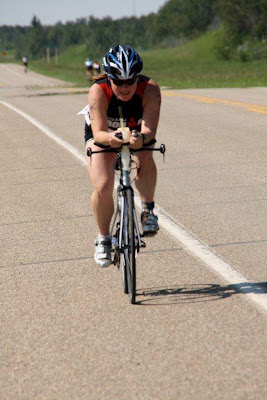 In Victoria, Todd and Shana Graham both had great days at the New Balance Half Ironman, placing 8th in their respective age groups. Todd achieved yet another pb, finishing in 4:55, and Shana hit her goal and crossed the line in just over 6 hours. Luke Gillmer placed 2nd overall in the Sprint race, his 4th podium finish this season already! In the relay division, coaches Sara and Clint swam and ran in the half iron event, with Paul Regensburg putting in a solid effort on the bike in between. Sara also ran on a sprint relay team with Eileen Harper and they won 3rd in the women's relay division! 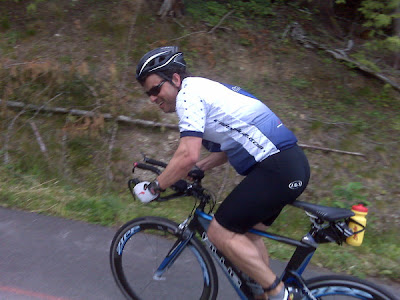 Paul takes on the hill!

The Chinook Triathlon series in Calgary saw many Mercury athletes perform well this weekend. Lorraine Churchill finished 10th overall in the women's division, and Leanne Sherman continues to see tremendous improvements over her previous results. Nick Doulias found himself in the top 20 on the bike for the Half Iron distance, but faded on the run. And Tessa P put together a solid race, finishing in 2h50. With more consistent running under her belt, she is slowly chipping away at her race speeds... Watch out! And, last but not least, Kendall Pritchard ran a new PB of 2h41 and placed 2nd in her age group. Yay Kendall!! 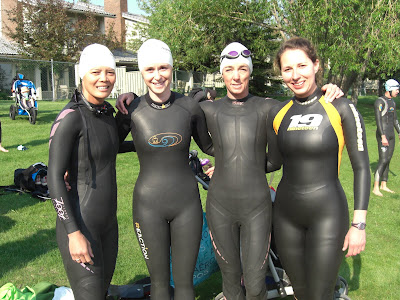 Wednesday
8am- BIKE skills and hills reps 2-3h
Afternoon off!

Saturday
8am- Open Water SWIM 30mins
Posted by Mercury Rising Triathlon at 11:56 AM No comments:

This weekend saw 3 great Olympic Distance finishes on either side of the country.

Michelle Milot won her age group and was 2nd overall with a blistering time of 2h15 at the Summerside Olympic distance in Edmonton on Sunday!! New Mercury Coach and athlete Luke Gillmer won the Panorama Triathlon in Victoria, while our very own website designer Carlos had a great race at the Milton Triathlon opening his season up with a solid effort on a tough course.

On Saturday, Emily Cox finished 3rd in the Pro race at Honu 70.3 and Michael Vanderhyde was 3rd in his age group at the same race. Also, newbie Sylvia and Kerry Enick finished the Oliver Half Iron!

Congrats to all!
Posted by Mercury Rising Triathlon at 7:29 PM No comments:

A HUGE congrats to Emily Cocks for her 3rd place finish at the Rohto 70.3 in Hawaii today!!
Posted by Mercury Rising Triathlon at 3:57 PM No comments:

Congrats to ALL Mercury Rising athletes who took part in the Shawnigan Lake Triathlon festival! Rachel Keirs took the overall win in the Half Iron while Miranda Aldritt came 3rd!! Jeremy Hopwood had a breakthrough performance with his 4:20:29, which secured him a 5th place over all!
While in the Olympic event, Luke Gillmer got a 4th overall. Kerry Enick set a PB in the sprint race, and Tisha did the same in the Olympic! Julie Anderson finished 3rd in her age group in the Half Iron, John Mykytchuk won his age group AND Nick Doulias smashed his previous PB with a finishing time of 5h20. Amazing results for all!

Think that's a lot? Elsewhere, Jenna ran a PB for the half marathon, and Carolyn did the same over 10k! Also, Victoria Camp participant Todd Graham ran a pb at the Calgary marathon after a hard week of intense camp training!!

Congrats to all. The season has well and truly started. 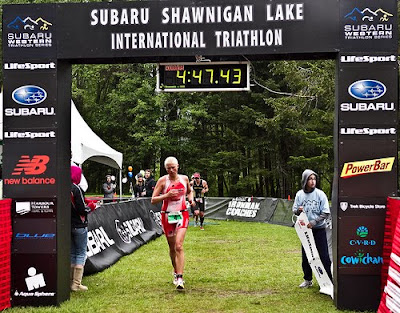 Miranda Alldritt takes 3rd. It was a COLD day out there!! 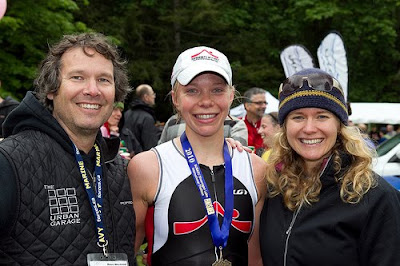 The Champion with the coaches. 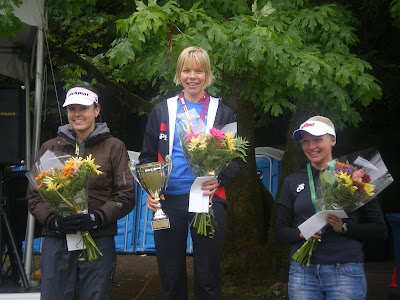 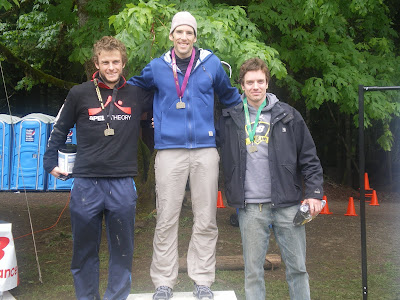 Jeremy Hopwood is 2nd in his AG and 5th overall. 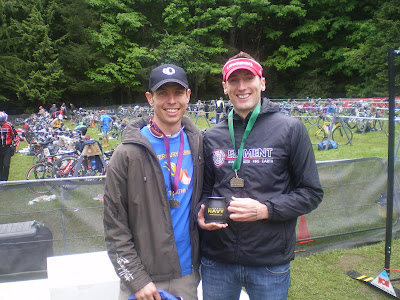 Luke Gillmer (left) wins his age group while fellow VELCA swimmer Steven Hewitt. Steven came 3rd in the AG after getting a flat - returning to transition, fixing it and heading out again. That's character!! 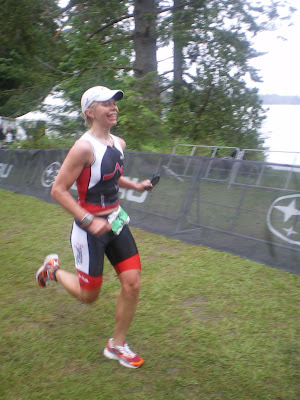 Some one is happy to finish the race!! 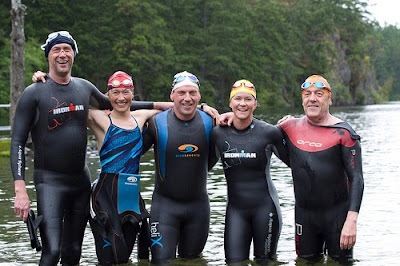 Swimming in Thetis Lake during the Spring Ahead and Race Camp 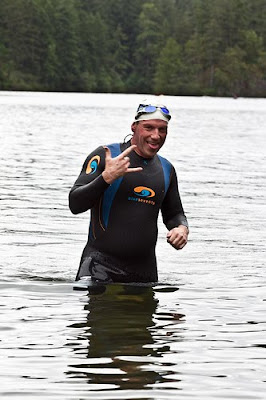 Nick happy to be in the open water! 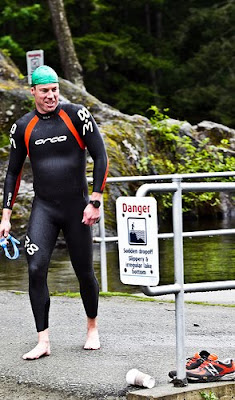 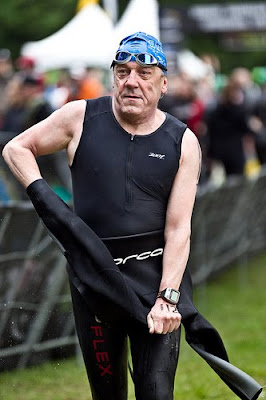 John Mykytchuk enters T1 on his way to the podium. 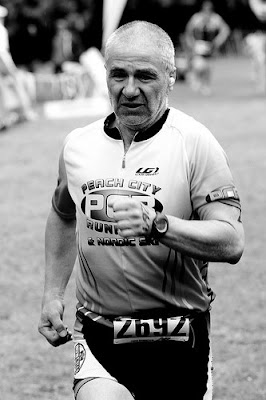 Kerry sprints to the finish line! 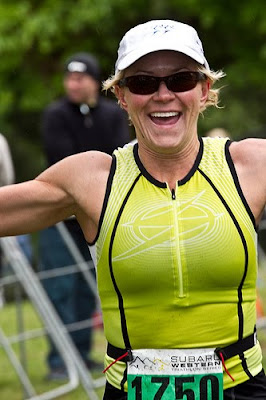 Tisha, happy its over on a cold day. 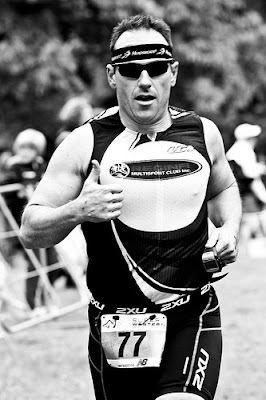 Nick is racing in a new league!! 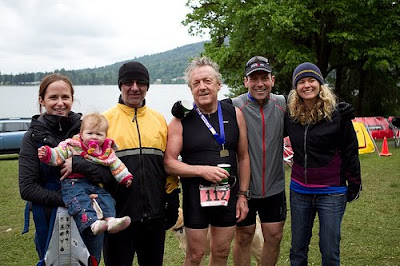 Coaches Carrie and Sara with the boys...While Ryan ponders the meaning of life.

Great Weekend everyone!!
Posted by Mercury Rising Triathlon at 8:04 AM No comments: